Call Us At +1 312 608 9196Subscribe
Thank you! You are now subscribed!
Oops! Something went wrong while submitting the form. 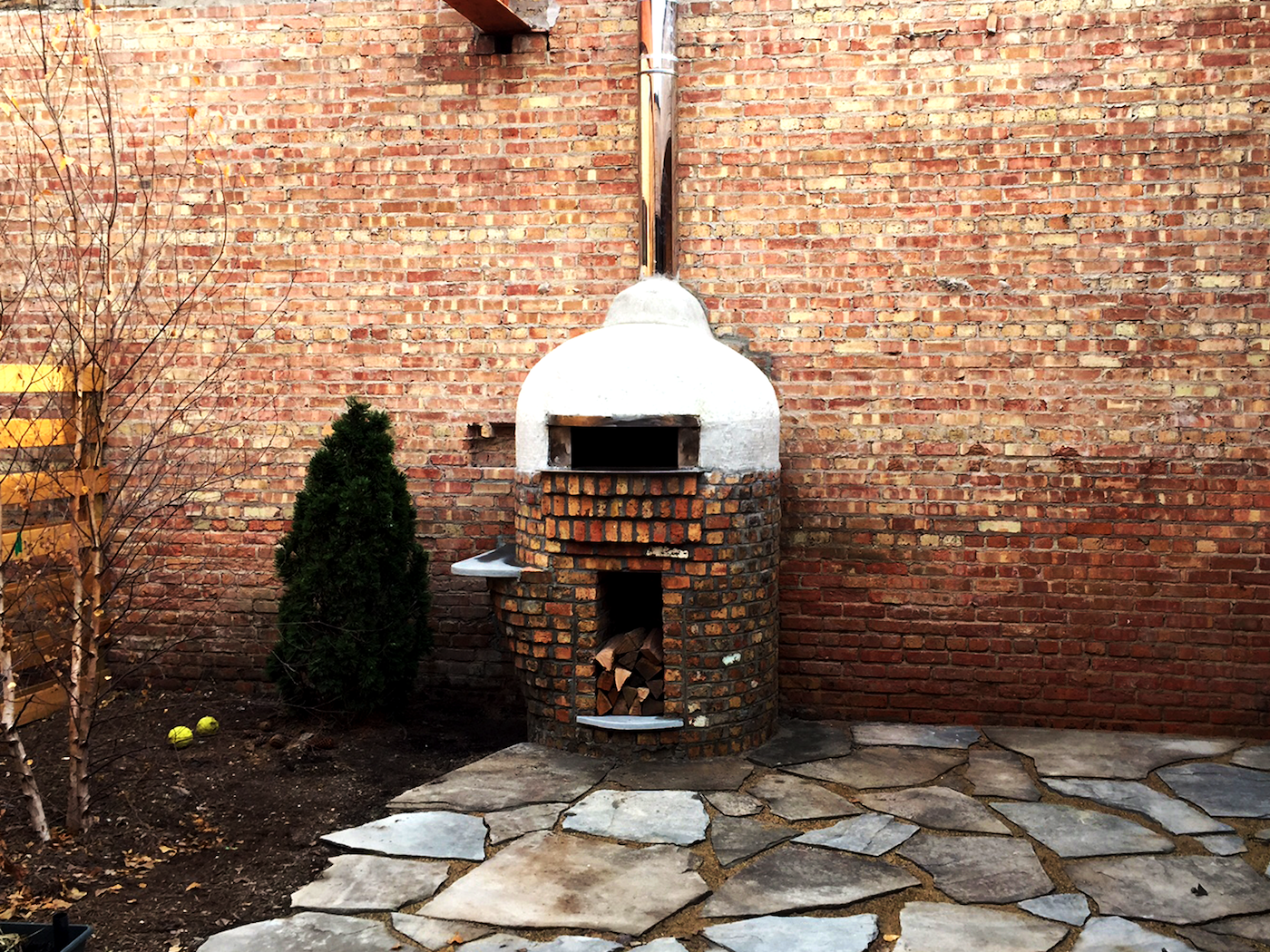 From New York-style thin crust to deep dish Chicago to toppings on a bagel (allegedly enjoyed anytime), pizza is a food loved across the globe. Whether you have an adventurous taste for pineapple or opt for a classic cheese, the way to prepare the favorite dish undoubtedly affects its quality and taste. What’s more — the overall experience around a wood fired pizza oven not only creates a delicious product, but a warm, soulful ambience.

In ancient Greek myth, ambrosia was denoted as the “food of the gods,” later interpreted by scholars to be describing a certain nectar or honey, and often seen as a drink. In contemporary American culture, it’s known as a fruit salad akin to something Grandma Linda would bring to a 4th of July barbeque, complete with fresh fruits, coconut, and marshmallows (a god- or ungod-like saccharine concoction, depending on your preferences). But we would argue the modern-day ambrosia to more aptly describe that sublime combination of bread, cheese, and an assortment of savory toppings — a food many would agree to be heavenly, seemingly sent by the gods to aid humans in their various woes. It seems coincidental, then, that as far back as antiquity, pizza-like foods have been found in myriad forms, similar to our modern-day pies. From ancient Greek and Mesopotamian times, archaeologists have discovered baked breads over 7,000 years ago with mentions of various toppings like herbs, onions, cheese, and garlic. It’s also thought the word “pizza” derives from the Latin pinsa meaning flatbread.

The favored flavors of the Greeks travelled to surrounding areas, including Naples, which was founded as an Greek settlement in 600 B.C. Pizza, being a quick and inexpensive food, was a common staple for the Neapolitan working poor, often looked down upon by the wealthy minority as a cheap and “disgusting” food. It wasn’t until Italy’s unification in 1861 that Queen Margherita, tired of haute French cuisine, visited Naples and favored what was called pizza mozzarella, topped with soft white cheese, tomatoes, and basil. Such pizzas thereafter were called pizza Margherita, in honor of their queen, and her endorsement encouraged an Italy-wide obsession.

With the arrival of Italian immigrants in the late 19th century, pizza spread throughout the United States like wildfire, with shops opening in New York and other cities, like Chicago, Boston, St. Louis, and beyond. As Italian-Americans migrated to the suburbs and other parts of the states — and especially after WWII — pizza was no longer seen as an “ethnic” food, rather a delectable dish enjoyed at a mass scale. Non-Neapolitan versions emerged, such as Chicago’s (perhaps infamous) deep dish, California-gourmet styles with barbecue chicken and bacon, enticing experiments with macaroni and cheese, and, of course, fast food-esque styles delivered to sleepovers, pool parties, the Ninja Turtles, and more by familiar names like Domino’s, Pizza Hut, and Little Caesar’s. Many of these interesting details can be found at the first U.S. Pizza Museum, located in Chicago’s South Loop. Upon hearing the news, many New Yorkers shared similar sentiments as Jon Stewart in the aforementioned clip — Chicago? The deep dish capital as the U.S. pizza shrine? Founder Kendall Bruns had no intention to make it Chicago-centric, rather is stationed in the midwest and cultivated such a love for pizza over the years he decided to honor it with an official museum, complete with vintage menus, pizza boxes, and memorabilia.

Maybe deep dish is a kind of casserole. But we raise a rallying cry: so what? It’s delicious. We needn’t spend hours in a fight for its legitimacy, rather enjoy the multiple layers of greatness the Chicago-specific dish has given us, perhaps symbolic of the intertwining and intermixing of culture so prevalent (and relevant) in America. The fight for the right pizza undoubtedly acts as a metaphorical stand-in for the Second City/Big Apple struggle for superiority — but we propose an olive branch. Enjoying pizza is about the experience vs. the battle over an intellectual concept of which form has the most validity. Forget the debate and dive in to deliciousness.

HOW TO CONSTRUCT A WOOD FIRED PIZZA OVEN

Regardless of your preferences, the creation and enjoyment of a pizza can be achieved with the right care, quality ingredients, and superior method of cooking. Coupled with the inception of pizza is the way pizza was cooked. Wood-fired and brick ovens have been found in ancient Greek excavations along with variations with dome tops and different firing chambers in Medieval and Victorian times.

Part — if not the essence of — the communal dining experience is fire and the way humans have gathered around, utilized, and directed its heat to cook and prepare food. With the post-war desire of fast-quick-easy-convenient, a wood fired oven offers a homey atmosphere that not only acts as an aesthetically pleasing centerpiece, but adds to the quality of enjoyment of the food. Flavors are properly boosted by an even heat distribution and pizzas cook quickly — with ovens reaching up to 700-800 degrees. Delicious pies come out quick, but retain an essence of quality and spirit incapable of replication in a commercial oven.

Several parts to the pizza oven – from left, the oven in the raw followed by layers of concrete for insulation value

In building the ideal oven, one should not only opt for style, but adhere to the principles and ethos of sustainability. As a part of our Adaptive Reuse Project of Logan Certified, we used Brisch Brick — a local material — in the construction of our own pizza oven located under the natural light of the sun in the courtyard. Using these vintage, recycled bricks not only assists in quality cooking (brick is known for its longevity and thermal mass properties), but is relevant to sustainable design, considering their biodegradability and locality, cutting down on transportation and greenhouse gas emissions.

The entire assembly is made of a few basic parts. The oven itself requires several layers of insulation to retain the heat inside during cooking. The insulation is then covered with mortar that provides a smooth surface to lay the mosaic tiles. After building a sturdy base, which can be made from scratch with fire bricks or purchased prefabricated, the oven can be placed on top of the base, followed by the detailed work of adding mosaic tiles and installing a stainless flue to keep the smoke from billowing over and into the courtyard.

Creating the ideal taste and picturesque pizza derives from a certain authenticity. Considering a VPN certification can differentiate a good pizza from a great one — or certainly a Friday night Domino’s delivery from a quality experience. “VPN” is designated to qualifying pizzerias in Naples officially part of the Associazone Verace Pizza Napolatena. There are a slew of parameters to be VPN certified, having to do with specific ingredients, traditional pizza-making methods, and adherence to certain shape and size — all set in place to deliver a true Neapolitan pizza. Getting your VPN certification comes with a price: a one-time certification fee of $2,000 and $250 in annual dues. The quality of the final product, however, may prove to be priceless.

The best way to enjoy pizza is to make it completely from scratch. From kneading and preparing your own dough, to using fresh-picked oregano, basil, and San Marzano tomatoes from your own garden, try out your own pizza Margherita wood-fired in the newly constructed oven. For desired taste, go for a glass of good wine (perhaps a bottle one can choose from a custom-made wine rack— a strong aesthetic choice near the custom oven). Whether you’re creating a prosciutto and arugula, mushroom and onion, or opting for classic pepperoni, here are some wine pairings to help get you cooking.

When oven temps reach 800+ degrees, pizza toppings like mushrooms and  summer squash cook up quick and pizza is ready to devour in a matter of minutes 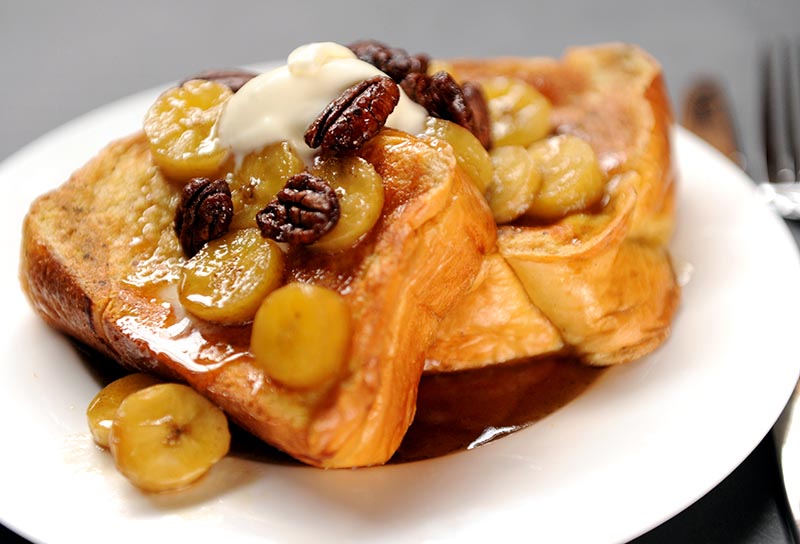 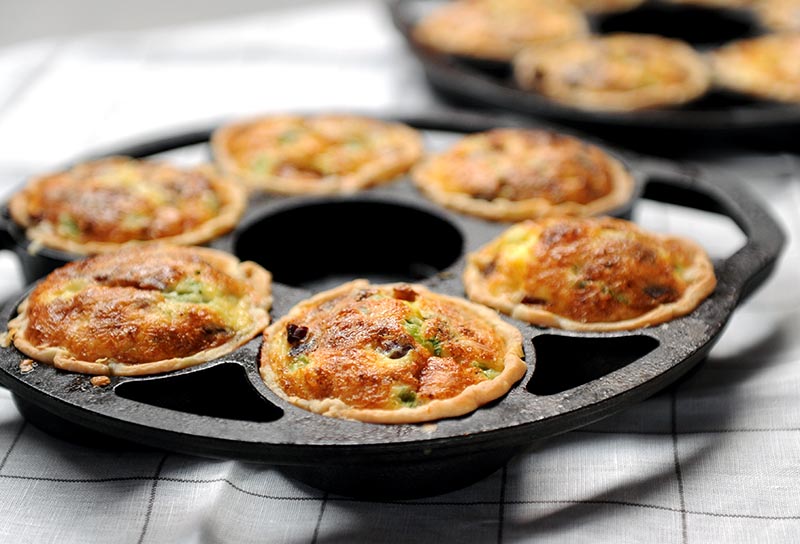 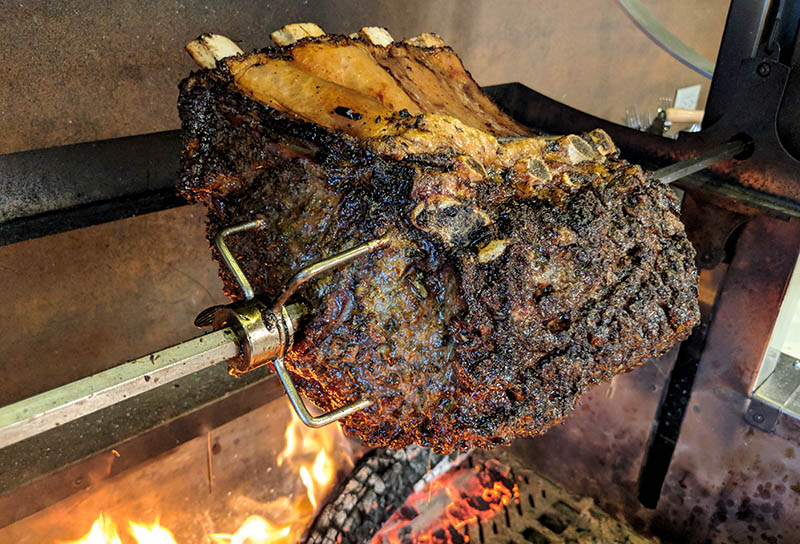 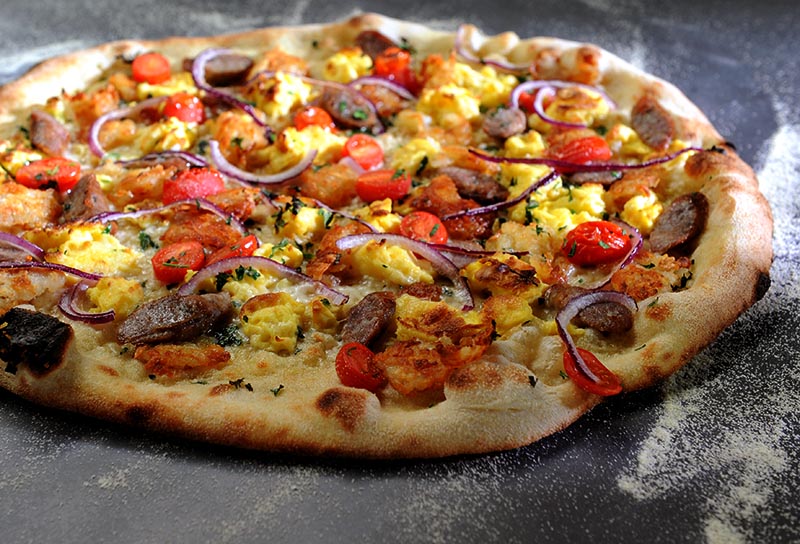 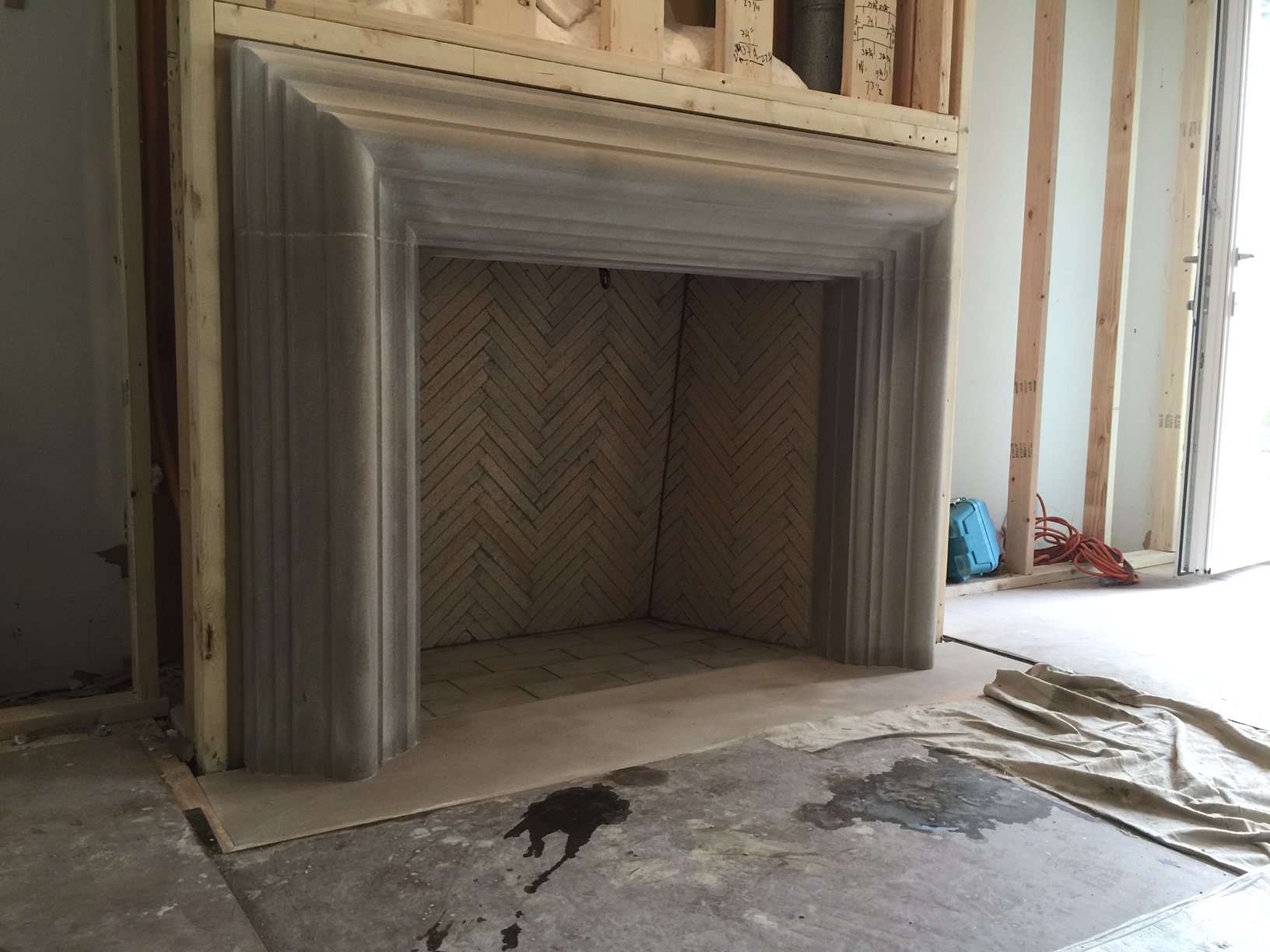 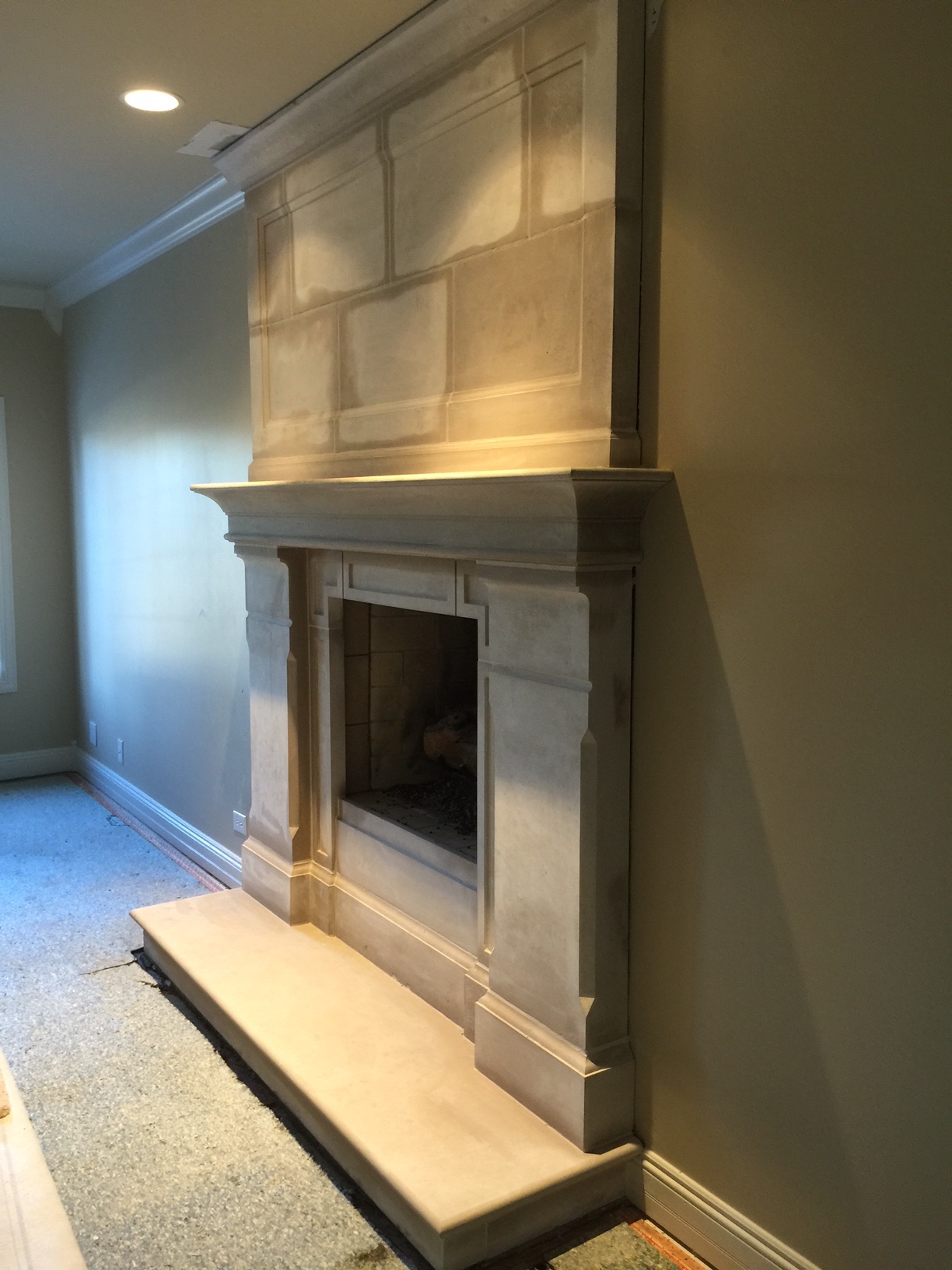 Check out an extra large Argentinian Grill in use! 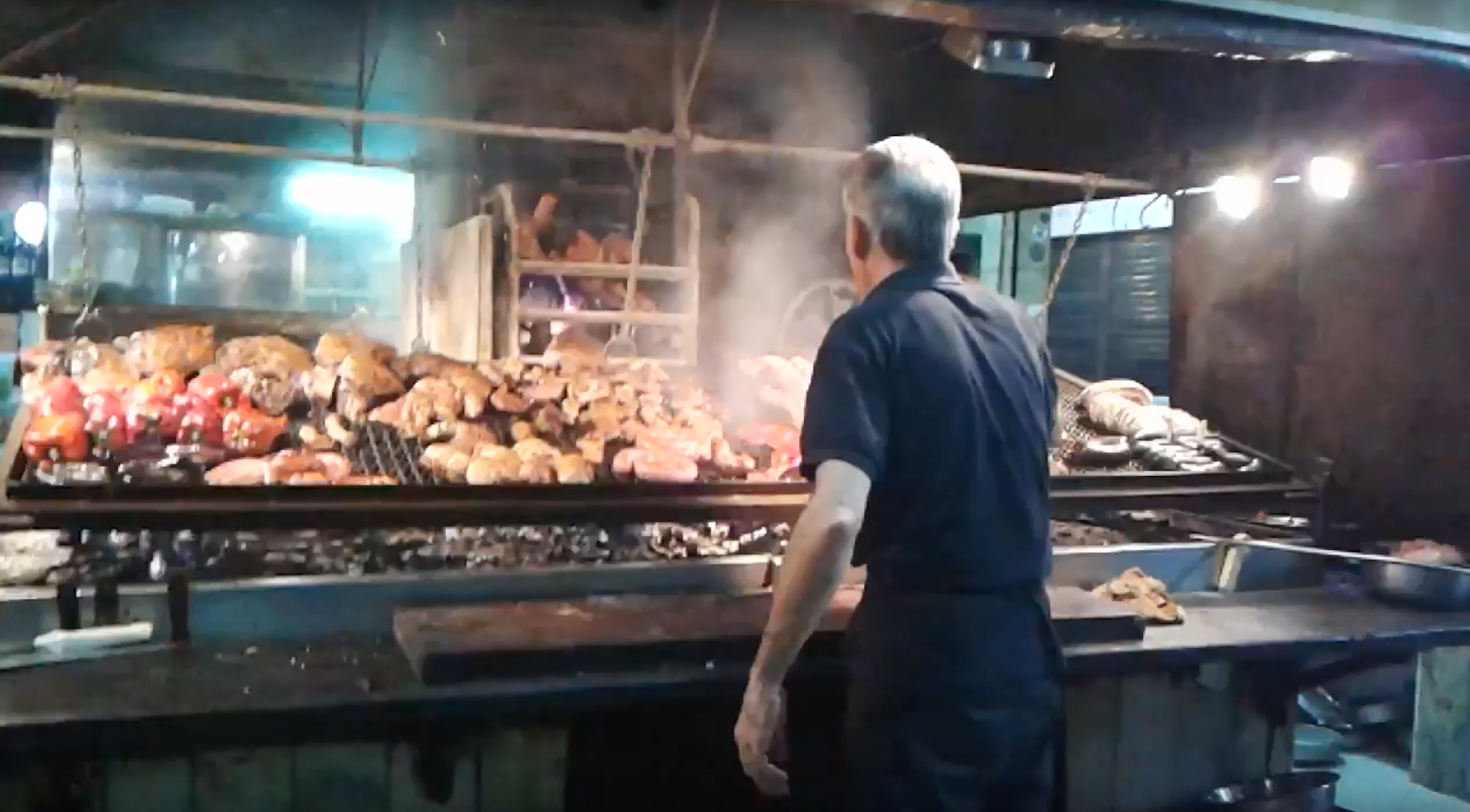